This started out to be a short story and it feels like it has a mind of its own. I had characters developing in different ways than imagined and characters I didn’t even know were there. It’s becoming a bigger undertaking than I thought and I’m going to try and limit myself to sharing 500 words at a time. 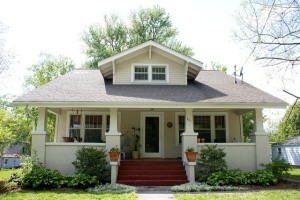 Gargoyles have been around for an eternity and possess a wealth of history, meaning, and tales. Now visitors viewing these stone creatures post pictures on social media sites and not give them a second thought. I was once one of those people not so long ago on a trip to New York taking pictures of all the old churches, parks, and the gargoyles. We don’t have them in our small town just some old churches and a couple of bars. The trip was a success and I have beautiful pictures to prove it.
I had been home a week when I noticed a gargoyle perched on my neighbor’s porch as I walked by.
‘Hey Sal, when did you get that cute little guy?’ I asked her pointing towards her step.
Sally looked down with a puzzled expression, ‘Hmm…I didn’t get him, maybe George did.’
‘He’s great, have a good day.’ I waved and continued about my daily errands. I did my marketing because being gone on a trip I didn’t have any food and needed to stock up.
‘Oh, son of a…’ I danced around holding my foot.
Sal must have been proud of her new statue and moved him to the end of her pathway because I almost tripped stubbing my toe on the damn thing walking back home. Groceries spilled out all over the sidewalk. I cursed more very graphic language and when the stinging went away I packed up my staples and headed home but with a little hitch in my giddy-up.

About a week later, staring out my office window, I noticed that the schoolyard has adopted three of their very own stone gargoyles. They didn’t look as mean but more fatherly.
‘Oh, hey Minnie,’ I exclaimed as she walked past my office.
‘When did the school get their new sculptured friends?’ I asked as she stepped in and pointed her gaze in the direction of the schoolyard.
‘Oh I don’t know, I never really noticed those before. Maybe they’ve had them and we never paid any attention. Think about it, how often do you survey a school playground when you don’t have kids?’ She raised her eyebrow and pointed at me implying that I should think about that.
‘You know, one of the legends that surround these pieces of art is that they are to protect people from evil. That’s why churches have them, to protect the congregation.’ I said just as a matter of factly as she brought up not having kids. First, you need to have a husband or at least a boyfriend to produce offspring. Truth be told, this small town doesn’t have that many bachelors seeking mates. They are either too immature and or aging to concern themselves with those ideologies. I always wanted a family and she knows that’s a sore spot for me. Sure she set me up on blind dates or a friend of a friend type of date but they weren’t my type. She knew what I was saying without saying it.
‘Lunch?’ Minnie asked but what it really was is a change of subject past the awkward silence.
I packed mine today but it’ll keep in the fridge. Are you thinking Buck’s or the deli?’ I asked taking her proverbial olive branch.
‘You decide, she replied and disappeared.
‘Noon?’ I hollered and off in the distance I think it was a ‘yup,’ for her reply.

We sat at a booth in Buck’s Diner because I wanted some real home cooked food. My father and mother had their first date here. Hell, I think everyone’s parents had their first dates here. The mashed potatoes didn’t come from a box and the rest of the food didn’t taste like it was commercially made. The waitress set down our lunches; Minnie a salad, and the fried chicken and mashed taters for me.
‘How was your trip? Meet anyone interesting?’ Minnie asked as I was shoveling a huge forkful of taters and gravy in my mouth. I held up one finger and handed her an envelope of the pictures that I thought looked the best for print. She daintily took a bite of her salad and delicately took the photos out of their protective sleeve.
‘Not really but I was only there for the art. But one thing I missed was this right here,’ I took a huge bite out of my chicken leg.

4 thoughts on “The Story that’s Getting Away: Grotesque Angels”

This site uses Akismet to reduce spam. Learn how your comment data is processed.

Start a Blog at WordPress.com.