Last week, while my mouth was still healing, my son went with a friend to the local pool. I was hesitant to let him go at first but his friend’s father insisted that everything would be ok. When my 8-year-old son returned he had a bag full of stuff that he was handing out to our family-gifts he had gotten us. After questioning him, OK it was more like an interrogation, my husband called the other kid’s father and asked him about the money and spending. All the while I knew my son wasn’t being completely honest but my husband took our dear 8 year old’s words as gospel.

My husband comes into the house looking rather pale. I asked him what happened. Basically, my husband accused the other kid’s father of losing his anger over a misunderstanding between two boys. After talking to our son again, the truth came out. Our son found the money and the opportunity to take it without asking. I was infuriated. I had a little money stashed away for a book purchase and told my husband to take the money and our son over there. He will apologize and so would my husband, promptly pay back the stolen amount PLUS the cost to take our son to the pool, and for lunch. Why pay the extra back for taking our son to the pool? Simple, the raging father made a point to say that out of the kindness of his heart he paid for my son. Umm…no my dear. Now, we owe you that money back as well. My husband argued with me saying this father needed time to cool off. Unacceptable. I hate unresolved issues like this and our son needed to learn a lesson…and so did my husband.

When the boys got back I laid down the law. Right and freaking proper. Obviously, my son was grounded, but he also lost riding his new bike around the block, XBOX, tablet, cartoons, playing basketball, going to the park, and his big fancy birthday party. Harsh but he will still have a party…I’m not sure about having friends with. My son is now reading when bored, writing, drawing, studying out of workbook according to his age, and painting. Painting is a privilege for him and I had to take that time away from him already for a couple of days. He’s cleaned his room and is getting back to using his manners. My husband is thrilled but deep down something isn’t settling right.

After hearing how this father talked about my son for stealing made me nervous then downright pissed off. I DO NOT CONDONE WHAT MY SON DID…let me make that clear. I feel like the biggest failure as a mother. I even talked to my therapist about the situation (I was that upset) and he said that it’s ok, kids see opportunities like this, take it, and learn from it. What I’m not OK with is what he told my husband, ‘I spank him. Sometimes I even worry that someone will call children services on me.’ Was he implying that I should spank my son? Or that he was the better parent because he spanked his son? Would he spank my son? The father told my husband to keep the extra money that he spent on the boys to go to the pool…and this is when I found courage. I told my husband that there is no way that our son could go over there again. I understand people and read them very well. I will not have my son judged, questioned, and stalked while playing. It was wrong what he did…and he is being punished. Now it’s time for me to say my piece to this individual.

I made a visit to this person’s house. I knocked on the door with sweaty palms and shakiness in my knees. When he opened the door towering over me I wanted to flee. Then, I thought about my son having to face this man. I shoved the extra money in his hand and before he could hand it back I stepped back.
‘I said it was my treat. It’s ok. The boys can play together but just not for a while.’ he told me. I smiled but not a gracious smile.
‘No. If it was a treat you wouldn’t have made it sound like a debt to be owed. My son is 8. 8! He saw an opportunity and took it. Believe me, he is being punished more than you realize. The birthday invitation that was delivered last week. LOSE IT! Make up an excuse to your son as to why he can’t go because the truth will hurt him.’ The look on this guys face changed. I continued, ‘Our boys will not be playing together anymore. PERIOD! If they run into each other at school that’s fine but they will not be spending ANY extra time together and my son will NEVER step foot on your property. It’s not what he has done but your reaction to the situation. To an 8-year old’s mistake. Do you want to tell your son that he can’t play with mine because your judgmental and could possibly lose your anger around my son?’
He interrupted, ‘Your son is the one that stole from me! Why is my son not allowed at your house.’ I drew in a breath, calming down.
‘Your son is not any better than my mine or mine than yours. They are children. I will not have my son come over to play just to be judged and used as a landing spot for your distrust or worse…you put hands on him. I’m a pretty good judge of character and the look on your face right now tells me you would touch my child. For that, I could make your life hell or worse!’ I stepped in close. All my senses were heightened and I was no longer shakey. ‘I do not rule my house by instilling fear,’ I growled, ‘But believe me, you touch my son and it’s not his father you will worry about. It WILL be me.’ I stepped back. ‘If you can’t answer the questions your son will have about why they can’t play, blame me. I’ll be the bad guy in your son’s eyes. So, the money in your hand is payment of a debt. I trust the matter is closed. My son apologized?’ The father nodded. ‘Was it to your satisfaction?’ he nodded again. I nodded and started to walk away when he said, ‘Take this money and buy a gift for your son for his birthday from my son.’ I turned, ‘No, thank you. His birthday party at the race track has been canceled and he will be lucky to go bowling. I think what is best for my son is a family party. No friends, no judgments, no obligations as I pointed to his hand. Take the money and spend it on your son.’ I walked away feeling proud for sticking up to an adult bully. Yes, my husband had to eat crow and apologize the man for admitting that he was wrong about the situation but I saw the bigger picture for what it was.

My son and I are building a weaving loom tonight and he’s painting right now. I keep him busy and active. Even though he had so much taken away he is spending more time with his dad and myself. He even asked if he could help me with dinner. I didn’t have to put hands on him nor do I have to worry about children services being called. I just hope he has a great birthday even though so much was taken away.

Having one moved out supporting herself and finishing school was easy to handle because I have other younger ones at home. Now, as they get older I’m sad that they’ll be leaving soon but so proud of who they are growing up to be.

The story for this came flooding to me when my children didn’t receive anything from their father (my abuser) for Christmas. Come to think of it-he didn’t call on their birthdays last year either. Now I’m left wondering what’s the reason? What does he have planned. Even though they are teens and can make their own decisions I asked them if they wanted to call him. Let’s just say the answer was, “NO” but the conversation that took place afterwards took longer. 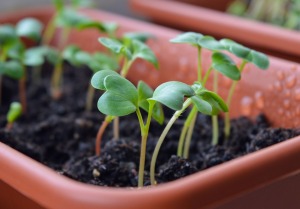 Legacies are the children he abandoned.

Start a Blog at WordPress.com.